Welcome to the new HCMUD368.com. The site has been updated to make it easier for residents to find useful information about Harris County Municipal Utility District 368. You can now sign up to receive important news and updates about the District via email by visiting our email sign up page. Your email address will remain private and will not be shared with any third parties. We hope you enjoy the new site and we invite you to share your feedback by emailing the District at board@hcmud368.com. 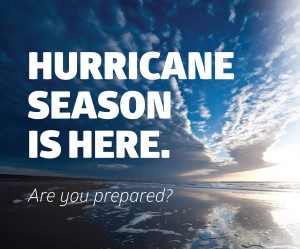 This year the meteorological experts at Colorado State University call for a total of twelve named storms, five hurricanes, and two major hurricanes (classified as Category 3 or stronger).

The State of Texas encourages residents who may need some form of assistance during times of an emergency/disaster event to register with the STEAR program, a FREE registry that provides local emergency planners and responders with additional information on the needs in their community. Please visit https://www.txdps.state.tx.us/dem/stear/public.htm for more information.

The 2015 Annual Drink Water Quality Report is now available and can be viewed by clicking on the link below.

On the night of April 17, 2016, the City of Houston and the surrounding areas began to experience a large amount of rainfall that ultimately created historic flooding in the early morning hours of April 18th. According to the Harris County Flood Control District, the northwest and north side of the city was hit particularly hard with 10 to 20 inches of rain measured.

The Board of Directors for the District would like to take this opportunity to inform the residents of actions that have been implemented in an effort to increase the drainage rate for the water in the Northern Point subdivision.

Consultant Reports for the current Board meeting can be found on the Meeting Documents page.

For persons with questions or needing help regarding website accessibility, or to request the provided information in alternative formats, please call (713) 489-8977 or email board@hcmud368.com.